Female Sex Drive in the Spotlight 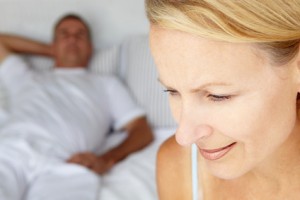 The female sex drive was a topic for discussion after Australia’s favourite science show Catalyst aired a feature on the subject in late 2015.

Host Jonica Newby delved into the science behind why women seem to lose their sex drive and what if anything can be done to restore it.

Loss of libido is a complicated issue which affect women differently hence there is no one size fits all treatment. However the use of testosterone can have positive effects on libido as discussed on Catalyst.

To understand why testosterone helps to improve libido it is important to learn a little bit about how women produce and use testosterone.  It is often surprising for some women to learn that they too make testosterone just like men, but in much smaller quantities.  Testosterone is vital because it is converted to oestrogen and also has its own effect on bone health, energy levels and sex drive.  Peak production occurs in a woman’s 20’s but by her 40’s about half the amount is made.  This certainly ties in with peak sexual activity and the beginning of the decline in libido.  Also during the menstrual cycle testosterone peaks mid cycle when an egg is released. Women will often describe feeling more sexual at mid cycle and this is of course is a prime time for baby making!

The program also explores how some medications such as the oral contraceptive pill can influence testosterone levels and hence a woman sex drive.  The pill increases a protein called Sex Hormone Binding Globulin (SHBG) which binds tightly with testosterone and does not allow it to be ‘active’.  When a woman is in her 20’s, on the pill and has lots of testosterone this may not have any effect on libido, however by her 40’s as testosterone dwindles this can have a devastating effect on her sex drive.

The world’s most foremost authority on testosterone use in women, Professor Susan Davis, reminds us that testosterone is also a blood vessel dilator.  This means that it increases blood flow to the genital area increasing a woman’s capacity to have an orgasm in a similar way to how Viagra helps a man achieve an erection.  It has a powerful effect on sexual thoughts, arousal and motivation all which help to maintain sex drive.

Other topic discussed include the issue of monogamy and libido, and sexual health specialist Dr Rosie King explains the phenomenon of limerence where at the beginning of a relationship your body is awash with happy hormones but how over time this effect fades.

Catalyst has broached the subject of the female sex drive in a well researched, considerate manner and has opened the conversation of a previously rarely talked about subject.  For women who are affected by low libido to a point where it impacts their quality of life and relationships this program is reassuring that many women who are experiencing the same are now seeking help and treatments are available.